Humans have two distinct systems for solving problems, both of which have their place. Psychologist Keith Stanovich termed these simply System 1 Thinking and System 2 Thinking.

Creating a habit can be thought of as the process of training System 1 to behave in a way deemed beneficial as the result of System 2 thinking. If you have ever deliberately made a positive habit or broken a bad one, you know how much effort it takes. Nonetheless, we can do this when we are sufficiently motivated. 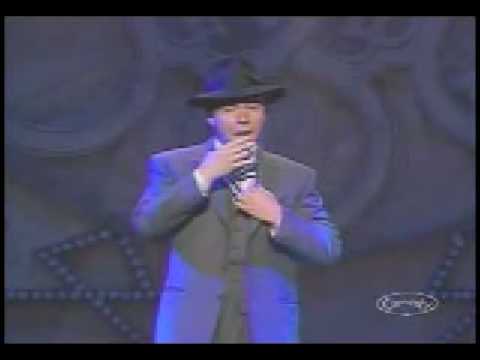 Unfortunately, when business conditions change many managers continue to apply the same System 1 thinking and cannot understand why the company’s situation continues to decline. Why is this? It is certainly not that companies move on such a short time scale that only System 1 thinking is applicable. And it is also not often a shortage of managers trained in System 2 thinking.

The answer is that applying System 2 thinking in an organizational context requires managers to shed their “cloak of invincibility” and demonstrate willingness to re-think the organization’s processes as a unified system rather than as a collection of parts. This usually requires the input of all stakeholders and the help of methodical analysts trained in systems thinking techniques such as the Theory of Constraints. The apparent loss of direct control this kind of program entails is what causes managers to resist. But the positive view (setting aside the potential for great improvement in the business itself) is that successful implementation of such comprehensive change is a true leadership challenge to which only the best managers rise.

Work to increase your awareness of the roles that System 1 and System 2 thinking play in your personal and work life, and let that awareness provide you additional choices— both for solving problems and for taking advantage of opportunities that come your way.

Edge.org has some excellent excellent excerpts from a two-day talk given by psychologist and Nobel laureate Daniel Kahneman on Thinking About Thinking, including video with transcripts. I find cognitive biases fascinating, and this man has devoted a large part of his distinguished career to studying them. Some quotes I found interesting:

On the Two Views of a Problem

I’m deeply ashamed of the rest of the story, but there was something really instructive happening here, because there are two ways of looking at a problem; the inside view and the outside view. The inside view is looking at your problem and trying to estimate what will happen in your problem. The outside view involves making that an instance of something else—of a class. When you then look at the statistics of the class, it is a very different way of thinking about problems. And what’s interesting is that it is a very unnatural way to think about problems, because you have to forget things that you know—and you know everything about what you’re trying to do, your plan and so on—and to look at yourself as a point in the distribution is a very un-natural exercise; people actually hate doing this and resist it.

On Knowing What Makes You Happy

Just to give you a sense of how little people know, my first experiment with predictive utility asked whether people knew how their taste for ice cream would change. We ran an experiment at Berkeley when we arrived, and advertised that you would get paid to eat ice cream. We were not short of volunteers. People at the first session were asked to list their favorite ice cream and were asked to come back. In the first experimental session they were given a regular helping of their favorite ice cream, while listening to a piece of music—Canadian rock music—that I had actually chosen. That took about ten-fifteen minutes, and then they were asked to rate their experience.

Afterward, they were also told, because they had undertaken to do so, that they would be coming to the lab every day at the same hour for I think eight working days, and every day they would have the same ice cream, the same music, and rate it. And they were asked to predict their rating tomorrow and their rating on the last day.

It turns out that people can’t do this. Most people get tired of the ice cream, but some of them get kind of addicted to the ice cream, and people do not know in advance which category they will belong to. The correlation between what the change that actually happened in their tastes and the change that they predicted was absolutely zero.

On Remembering Happiness vs. Being Happy

But first I thought I’d show you the basic puzzles of well-being. There is a line on the Easterlin Paradox that goes almost straight up, which is GDP per capita. The line that isn’t going anywhere is the percentage of people who say they are very happy. And that’s a remembering self-type of question. It’s one big puzzle of the well-being research, and it has gotten worse in the last two weeks because there are now new data on international comparisons that makes the puzzle even more surprising.

So what is the puzzle here? The puzzle is related to the affective forecasting that most people believe that circumstances like becoming richer will make them happier. It turns out that people’s beliefs about what will make them happier are mostly wrong, and they are wrong in a directional way, and they are wrong very predictably. And there is a story here that I think is interesting.

When people did studies of various categories of people, like the rich and the poor, you find differences in life satisfaction. But everybody looks at those differences is surprised by how small they are relative to the variability within each of these categories. You address the healthy and the unhealthy: very small differences.

Age—people don’t like the idea of aging, but, at least in the United States, people do not become less happy or less satisfied with their life as they age. So a lot of the standard beliefs that people have about life satisfaction turn out to be false.

On the Way We Develop Answers

There seems to be a very general psychological principle at work here, which is that sometimes when you are asked a question that is difficult, the mind doesn’t stay silent if it doesn’t have the answer. The mind produces something, and what it produces very characteristically is the answer to an easier but related question. That’s one of the heuristics of good problem-solving, but it is a system one operation, which is an operation that takes place by itself.

People are willing to pay the same amount for the two quantities because they are paying to participate in the activity of cleaning a lake, or of cleaning lakes. How many lakes there are to clean is not their problem. This is a mechanism I think people should be familiar with. The idea that when you’re asked a question, you don’t answer that question, you answer another question that comes more readily to mind. That question is typically simpler; it’s associated, it’s not random; and then you map the answer to that other question onto whatever scale there is—it could be a scale of centimeters, or it could be a scale of pain, or it could be a scale of dollars, but you can recognize what is going on by looking at the variation in these variables. I could give you a lot of examples because one of the major tricks of the trade is understanding this attribute substitution business. How people answer questions.

COMMENT: So for example in the Save the Children—types of programs, they focus you on the individual.

KAHNEMAN: Absolutely. There is even research showing that when you show pictures of ten children, it is less effective than when you show the picture of a single child. When you describe their stories, the single instance is more emotional than the several instances and it translates into the size of contributions.